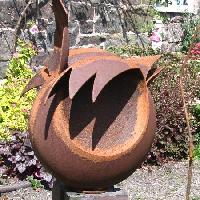 A networking group of 57 artists, living in and around Oswestry, UK